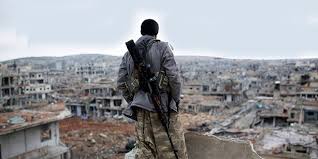 When I first contemplated writing this article, organizations such as ISIS and Boko Haram had not yet become part of our common parlance. That does not mean that they did not exist, but we were unaware of their existence. After a bit of reflection I asked myself if I had never heard of ISIS or Boko Haram would I would have written anything differently. My first reaction is of course I would have, but upon further reflection I have come to accept, as we will see in this essay, that these groups are nothing more than a more refined form of terrorism. They fit terrorism many paradigms, sowing paths of fear and death, they are the ultimate arbitrators of morality and enforce their morality not by the word but by the sword. They have reversed Isaiah’s prophecy and turned plowshares into swords and pruning hooks into spears2 . These groups are prepared to use a highly sophisticated – barbaric form of terrorism to accomplish their goals. What makes groups such as ISIS unique is not their extreme brutality, but rather their ability to combine brutality with social media. Instead of shame or excuses for brutality, like the Nazi propaganda machine good becomes evil and evil becomes good. ISIS and its allies are not only effective in their ability to plunge the world into fear by the sheer simplicity of their methodology, but also masters of social media and other forms of communication. The world has long known barbarity and cruelty. The Spanish and the Portuguese mastered cruelty in the guise of the Inquisition and European slaughtered the peoples of the Americas in the name of their civilization. What makes ISIS so powerful in its pursuit of horror is the fact that it mixes the ancient with the modern in a way that creates emotional alienation and a consistency of fear. We might call ISIS “the shark of terrorism”. As the shark is an ongoing eating machine, ISIS has become an ongoing killing machine in which both values and lives are sacrificed on the altar of expediency.

1 Texas A&M University, US 2 The actual phrase in Isaiah 2:4 reads: They will beat their swords into plowshares and their spears into pruning hooks. Nation will not take up sword against nation, nor will they train for war anymore.

Attacks on Tourism Industry During the last decades terrorism has struck all aspects of the tourism industry from attacks on hotels, to airports, from places of gathering to cruise ships. Terrorists have not confined their attacks to any one corner of the globe nor have they exempted any religious or cultural group. Terrorists have attacked airplanes, cruise lines, trains, and major sporting events such as the Munich Olympic games, and subways. For example, hotels have suffered terrorism attacks in such diverse places as: Kenya, Israel, India, Indonesia, and Pakistan. In an article published in Security Management: Matthew Harwood states: “In a new 12-page report, STRATFOR looked at the number of hotel attacks eight years before 9-11 and the number eight years after. It found that the targeting of foreign hotels catering to Westerners had grown significantly. Since 9-11, there have been 62 attacks against hotels in 20 different countries as opposed to 30 attacks in 15 different countries in the 8 years prior to it… The main culprit of these burgeoning attacks have been jihadist terrorists” (Security Management: 09/10/2009, http://www.securitymanagement.com/news/hotels-become-a-favorite-target-terrorists-006186) What causes tourism to be a magnet for terrorism is not an easy question to answer. There are no absolute answers regarding why tourism attracts terrorism, rather there are only inadequate and partial answers. From an ethical perspective the question may not even be relevant. It is not for the victim to explain why s/he is the victim. Indeed, it may be impossible to know what causes one human being to desire to destroy another life. Yet despite the impossibility of the quest for a single answer, humans demand answers even when a single answer may not exist. Although we may never know the “why” we can see the results, the “what” of a terrorism attack. For example, we know that tourism often plays an integral part in many nations’ economies and as such an attack against a tourism destination is also an attack against that nation’s economy. Tarlow has written: “Terrorism is a form of war. Its goal is to destroy economies through random death and panic. Terrorism rarely occurs because of poverty or even as the result of social frustration. Were poverty and social frustration the causes of terrorism, then it would occur wherever these social ills are located” (Wilks, p.82). Alexi Simos Thompson concurs and notes: “Terrorism can unravel a country’s tourism industry. Terrorism directly affects tourist decision-making. Tourists may substitute vacation spots if they feel threatened or unsafe in a country. Fewer annual tourists as a result of terrorism will typically result in tourism revenue losses and may have a large impact in those countries in which tourism constitutes a major percentage of GDP. Terrorism can also affect the amount of foreign investment that flows into the country, especially investment in tourism.” (Thompson, p.5) The shadow of terrorism over the tourism industry has forced both the industry and governments to take counter measures. Anyone who flies recognizes that air travel in the post September 11, 2001 world is very different from travel before the September 11th attacks. Pizam and Mansfeld note that due to terrorism attacks on tourism, the tourism industry’s personnel have had to deal with evacuations of tourists, local and foreign investors’ behavior, changes in tour operators’ brochures, the cost of ceasing to do business (during and after an attack), and cash flow problems. (Pizam and Mansfeld, pp. 7-8) Students of tourism security also know that their industry’s emphasis on openness, customer service and multi-culturalism makes it an easy or soft attack target. For example, many if not most hotel lobbies, airports and train stations have open spaces such, as lobbies that are soft targets. Furthermore, many tourism professionals come from a marketing mindset and would rather not deal with the issue of terrorism. These industry leaders may express the belief that the less said about terrorism the better. Yet despite the denials and wish that both war and terrorism would disappear, tourism, and especially leisure tourism, produces fertile ground for potential terrorism attacks. This tendency to place matters of marketing over matters of security produces a host of ethical and moral dilemmas. Ironically an industry that often promotes “escapes from everyday realty” often is center stage for asymmetrical wars that impact the innocent and destroy not only lives but also dreams. The reality of terrorism’s impact on travel is ubiquitous. Whenever we fly or are forced to walk through a metal detector we are aware that terrorism is woven together with travel and tourism.

Philosophical questions about terrorism and the nature of humanity:

Is it the same as conventional war? Acts of terrorism are not only a major security challenge but also force us to ask questions such as: Is terrorism war and is war terrorism? Do acceptable forms of violence exist? Can we distinguish between “good” or “legitimate” acts of violence and “bad” or illegitimate violence? Furthermore, these acts force us to ponder still deeper and ask questions such as:

• Is violence a part of the human condition?

• Is terrorism just another form of violence?

• Is a terrorist a freedom fighter using the only available tools that s/he may have or is a terrorist a criminal who chooses violence under the guise of politics to destroy innocent lives?

• Is all war terrorism?

• How do we distinguish between the concept of war and terrorism?

• When do “random” outbursts of violence become acts of war?

• Is terrorism a modern phenomenon or is this term with multiple definitions something that is part of the human story?

These are just a few of many questions about a topic that is not only ephemeral but also, like an ameba, constantly changing its shape and form. A review of twentieth and twenty-fist political literature indicates that there is not one single internationally accepted definition of war or of terrorism, nor a single definition of who is a terrorist. Does terrorism exist outside of the rules of war or is terrorism merely an asymmetrical form of war? Although there is no one accepted definition of terrorism we know that from the terrorist’s perspective there are no rules of engagement. Success is defined as destruction, be that the destruction of lives, property, economies or reputations. Perhaps it is for this reason that western languages derive the word terrorism from the Latin word “terreo” (I frighten). Terrorism destroys a sense of security, and tourism without that sense. In the twentieth and twenty-first century, people often with a political cause have used terrorism as an asymmetrical technique to make a point by bring violence upon innocent and often defenseless victims. Their purpose appears to be to create states of fear within the civilian population so as to force a government to surrender. The rise of ISIS has to some extent changed this pattern. In reality there are two “ISIS”: (1) the first one seeks to establish a “terrorist state”, the second one, produces an ideology that seeks to undermine current states for a sense of “future nostalgia” by offering a romantic return to a Caliphate that once was. Like war, terrorism is violent, but unlike war, it respects no “rules of war”, occurring at random moments, and often involves or destroys property and/or people who simply happen to be in the wrong place at the wrong time. Although, the man-on-the-street intuitively “feels” the influence of war and terrorism on tourism, academics have tended to see the differentiation as more nuanced. From the perspective of tourism is there a difference between an act of war and an act of terrorism? From the morality and ethical perspective are they the same or different? Is there any ethical validity to the terrorist’s clam that ends justify means? How do we distinguish between freedom fighters and terrorists? When does terrorism bleed into pure criminal activity? Do we have the right to provide answers to these questions or are our answers in a multi-cultural and secular world merely examples of “majority bias”? The above questions force us to ask additional questions, such as:

1. If terrorism has a moral or ethical side, then, assuming war is moral, it is merely one more tool in war? There are those who argue that acts of terrorism are merely an extension of modern warfare that has taken fighting from the military battlefields to civilian centers. Or is terrorism is akin to a political mafia in which criminals hold innocents hostages (often tourists) and/or seek destruction to gain publicity? If terrorism seeks to murder, rape, or pillage as many civilians as possible, then it is a modern throwback to savagery? Indeed, we can argue that these questions boil down to four key philosophical perspectives:

(2) between whom does war take place,

(3) is there a distinction between war and terrorism and if so how do we distinguish between them;

(4) is warfare an action between opposing armies or does warfare pit one people against another?